Florida seems to have received a break so far this summer from Hurricanes. However a sneakier kind of storm seems to be brewing in the state.

The state of Florida had one of the highest foreclosure start rates in the U.S. in July, compared to the same period last year a new study by Attom Data Solutions shows. The report shows one in every 1,180 housing units in Florida was subjected to a “lis pendens,” which is a filing by a bank warning of pending foreclosure activity due to late payment. This is a 35 percent increase year-over-year. 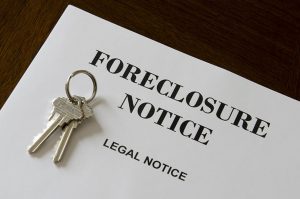 There were only three other states — New Jersey, Delaware and Maryland — that showed higher rates of foreclosure starts.  The increase does not appear to be the start of a reprise of the 2008 financial crisis. The reasons for the surge differ by market.  According to CoreLogic, the rate of foreclosures in the United States is actually down to 0.5%,— the lowest since 2006.

At the metropolitan level however, the Attom study shows the number of foreclosure starts in West Palm Beach-Fort Lauderdale-Miami jumped 29% in July — the third consecutive month of year-over-year spikes.

Los Angeles, Houston and South Florida were the three regions in the study’s top 10 metros ranked by population to feel the heat of foreclosure this summer.

The senior vice president and analyst at Attom, Daren Blomquist, said ups and downs in foreclosure start rates are normal. He also said last year’s busy hurricane season could have contributed to the increase. Some mortgage lenders forbearance extensions that could have lasted as long as May 2018.

The spike in other leading housing markets in the U.S. — such as San Diego, Fort Wayne, and Austin— suggests the rise in foreclosure starts could have deeper implications however, said Blomquist.

Still underwater but the water seems to be draining away 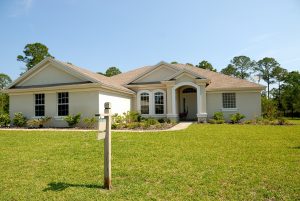 It is still a troubling sign however to see a gradual uptick in foreclosure starts in markets such as Miami-Dade, where income inequality and stagnant wages continue to worsen

Associate director of the Florida International University Metropolitan Center Dr. Ned Murray, said that although exact figures aren’t yet available, his research confirms the foreclosure-start activity in South Florida has increased significantly. Homestead, Opa-locka, City of Miami, Hollywood and Pompano Beach are some of the neighborhoods primarily affected— all working-class areas.

“It’s a disturbing trend, especially when you see the biggest impact is in less affluent communities,” says Murray. “This is the older, less valued housing stock.”

Murray said ironically, one possible cause of foreclosure starts in more modest neighborhoods could be growing real estate values.

“Because values have increased steadily over the last five to six years, some homeowners took out second mortgages and equity loans,” he said. “But wages have remained flat and housing costs such as insurance keep going up.” 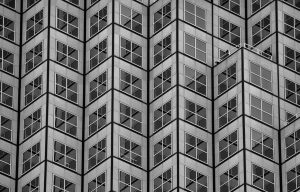 This new wave of foreclosure starts could eventually impact higher-priced homes, like the oversupply of expensive condos located in the downtown Miami area Analysts warn.

Michael Sichenzia, president of the Deerfield Beach-based consulting firm Global Advisors said “The condo situation is starting to mirror the way it looked pre-recession in terms of price drops in Miami,” He goes on to say, “Prices have dropped considerably while supply keeps increasing, and there’s still a ton of product that has yet to come to market. I think that the next two years do not bode well for prices in general in Miami. The market is overheated again and you’re seeing the beginning of that cool-down now.”