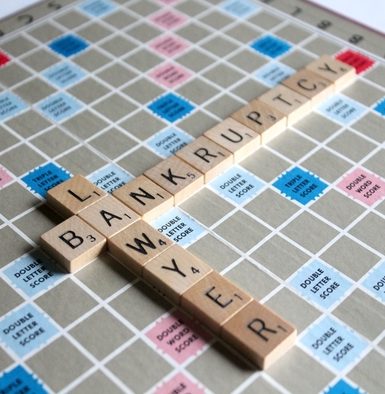 The COVID-19 pandemic has caused what can only be considered an economic nightmare at this point, and the governors of the states as well as the legislature has attempted to minimize damage and keep that economy afloat. In response to the clear path the country was heading to, Congress passed the CARES Act which, in addition to the stimulus and the Payroll Protection Program, revised the bankruptcy code to assist the foundation and backbone of the American economy, its small businesses. As it is clearly illustrated in the media, an overwhelming amount of those funds under the PPP did not go to actual “small businesses” which has now caused a more stringent bind on them, leaving minimal options to keep the businesses open. One final step is a Chapter 11 bankruptcy and a new version of that created by the CARES act.

Many people mistakenly associate bankruptcy with being judged, punished and a future plagued by damaged credit and limited options. The truth is, bankruptcy is a tool intended to help people repair their finances and take advantage of a clean slate — not inflict lasting harm. It is in fact the strongest tool in either wiping all debt of the business via a Chapter 7 liquidation or to reorganize and keep operating the business and in turn saving the jobs of all the employees and the hard work and sacrifice made by the owners and their equity.

Traditionally, a business may proceed under a Chapter 7 bankruptcy or a Chapter 11. Chapter 11 is basically the equivalent of a Chapter 13 for an individual. Filing Chapter 11 bankruptcy basically means you’re submitting a reorganization plan to restructure your debts to help you repay your creditors over time. It’s most often used by large businesses, but it can also help certain people and small-business owners. Chapter 11 is a more complicated bankruptcy filing but can be useful if you don’t qualify for Chapter 13.

If you’re filing Chapter 11 bankruptcy as a business, it helps you create a plan to keep your business active while paying all your creditors over a set period. When a business files a petition for Chapter 11 with the court, it may be voluntary or involuntary. A voluntary petition is filed by the business, but an involuntary petition is filed by the business’ creditors once certain requirements have been met. In some cases, this time frame may be extended up to 18 months.

The debt obligations may be restructured, in some cases reduced, or payoff time extended, and a payment plan set up to pay off and settle the debts. An administrator, known as a U.S. trustee, appointed by the courts supervises and works closely with the business until debts are settled and is paid a fee in doing so. The administrator regularly reviews the business operations and finances and works with the petitioner and the courts until the case is closed.  While there is some control, there is truly more power in the creditors who form a committee and the trustee than the debtor.

However, as indicated above, Congress enacted a new type of Chapter 11, commonly referred to as a “Subchapter 5”. Essentially, the Subchapter 5 is a Chapter 11 that is expedited and has more debtor control.

This type of bankruptcy reduces many other requirements of a traditional Chapter 11 bankruptcy, allowing for a substantial reduction in cost and time.  Chapter 11’s have been known to ask for as much as $20,000 down as retainer to start the matter alone and trustee costs are expensive. These changes eliminate the need for such a high retainer agreements and the trustee fees are all but eliminated allowing those costs to be saved.

As with any bankruptcy, the finances of the company must be divulged, but in a subchapter 5, how much and when these disclosures are made are relaxed and can be estimated in certain circumstances, thus eliminating the need to employ all the time accountants and other financial professionals.

Further, the Debtor is more in control as they are the sole entity to propose a plan (or budget) to the Court for approval. In doing so they are allowed to project and use good faith estimates in doing so for future growth.

This is critical and a complete shift of power as in a traditional chapter 11, the trustee or the creditors can do the proposals and control other plans for the Debtor. Further, hard concrete numbers are required to propose and backup the plan and the “growth” of the company.

The most novel aspect of the new style of bankruptcy is that the plan by the debtor to reorganize must be either agreed to by all parties or the Court has to approve it over objections within approximately 3 months from the start of the bankruptcy or it will bankruptcy will be dismissed. This is a limited and time sensitive option as it only exists for a year from the implementation of the legislation or early 2021.

It is critical to be ready for post COVID-19 financial repercussions and hiring an attorney is critical in doing so and making a new financial beginning. An attorney will guide you through the many paths you can take to obtain the best result possible for you.